Today is the 10th of March but it’s the first day that felt like autumn. Last night was cold and this morning there was a chill in the air. My toddlers had to put clothes on for the first time all summer. I wanted to go for walks in autumn leaves and bake stuff and listen to this song while it rained and take photos of my kids wrapped up in cable-knit blankets and all that Pinterest stuff.

I vacuumed and let my 3-year-old cut up junk mail with a pair of scissors, which is kind of the same thing. 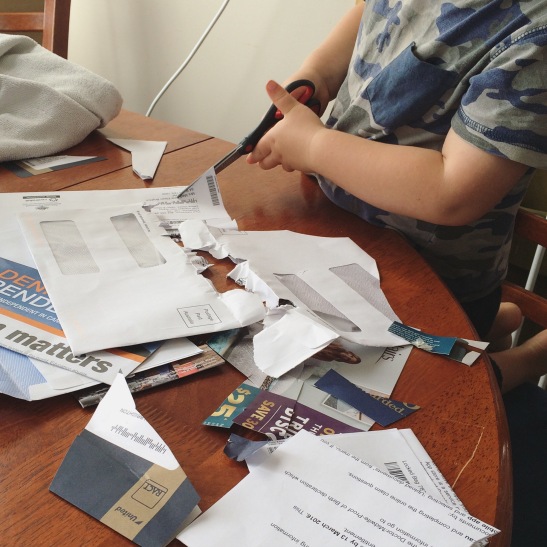 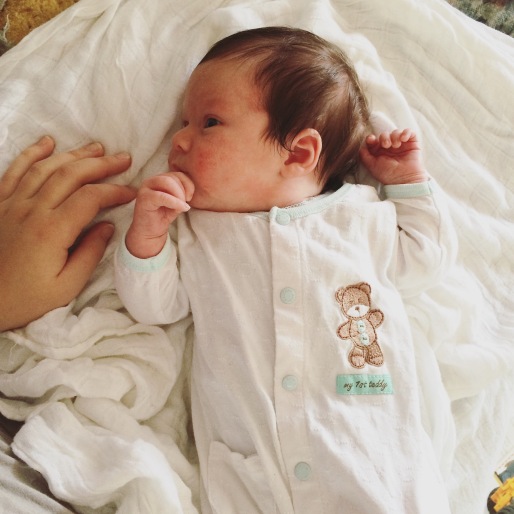 My other boys all developed spots around 5 or 6 weeks, usually just in time for their christening, so I’m kind of hoping Seb developing them early means they’ll be gone sooner than the others.

I’ve kind of been meaning to write up some posts here, kind of not. I have a lot to say and surprisingly I have time to type some of it up on my WordPress app. But finding the time and motivation and above all headspace to put my thoughts together, in a way that actually makes sense, is a different issue. Because I have three kids aged 3 and a bit, almost 2, and 3 weeks, and my husband went back to uni four days after I gave birth. My brain is tired. 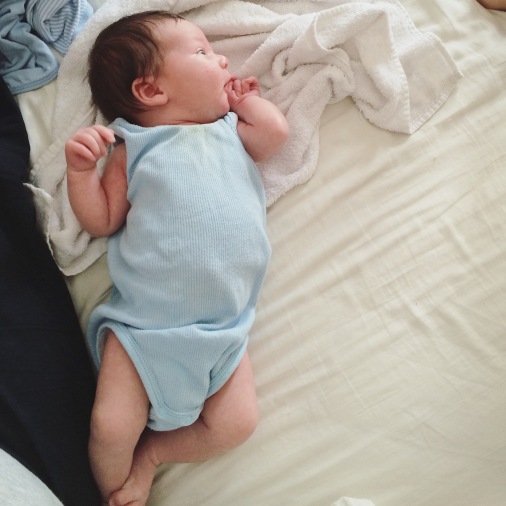 He is terribly cute, though.

I’m in a weird phase where I’m out of the full-on fuzzy newborn bubble but not yet back to normal. I’m sick of sleeping and lying in bed wearing pj’s, and I can’t do that with two toddlers running around anyway. 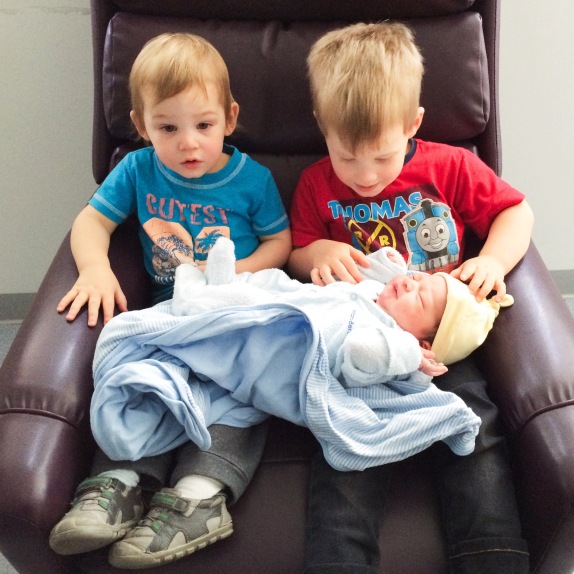 That’s pretty much how I feel right now.

I remember when I had my first child, during the newborn phase I was always worried that I was missing out on something. That I wouldn’t enjoy the time with him, that it would be over too quickly, that I wouldn’t remember it, etc. I get the same feeling now, even though this is my third and I know I won’t regret this time, no matter how it goes. Because you have that baby forever, not just 6 weeks. And yet I still get emotional about missing something. I had three blissful days at home with Sebastian before my husband had to leave, and I’ll remember those days – before he broke out in pimples, before I had to deal with two other obnoxious toddlers, before I cared that I didn’t have any clothes to wear – after I forget how often those toddlers poured sugar on the kitchen floor while the baby vomited down the front of my worn-out maternity singlet.

Plus I got this photo of Seb before he started to look like a 16-year-old: 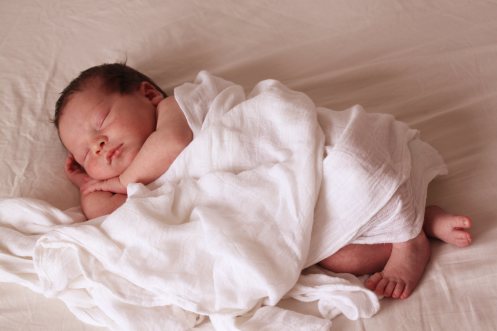 And hopefully that’s what I’ll remember when I look back on this time.