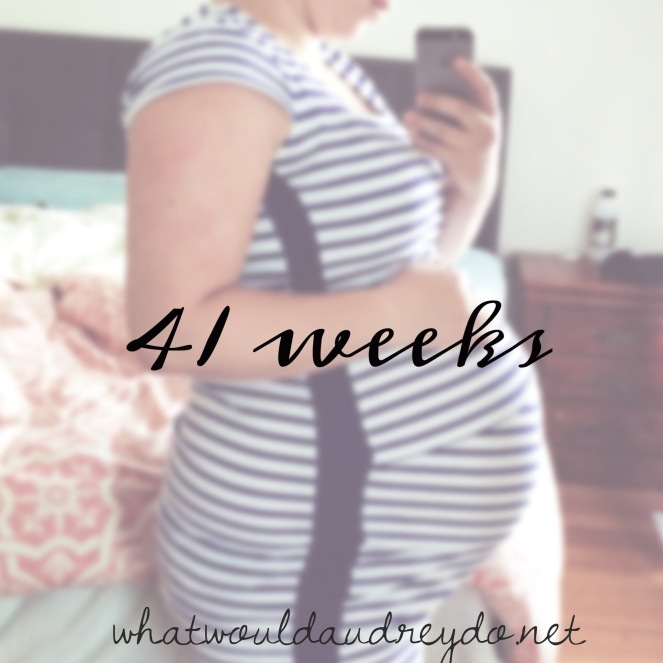 This is not a post I thought I’d be writing. My previous babies arrived the day after and the day of their respective due dates, so I wasn’t expecting to go over this time around! Both my due dates have come and gone (the 4th and the 8th) with nary a sign of pre-labour. No twinges to speak of, and I’m pretty sure I’m having less Braxton Hicks than usual.

All is quiet on the uterine front.

So quiet, in fact, that I went in for a trace today as bub hasn’t been moving as much as usual over the last few days. He was perfectly fine, which I expected, and probably just running out of room or slowing down to conserve energy for labour. But I went in anyway because they always say you should get it checked out, and even though I have an appointment booked for tomorrow morning, I was stressing myself out thinking about his movements. 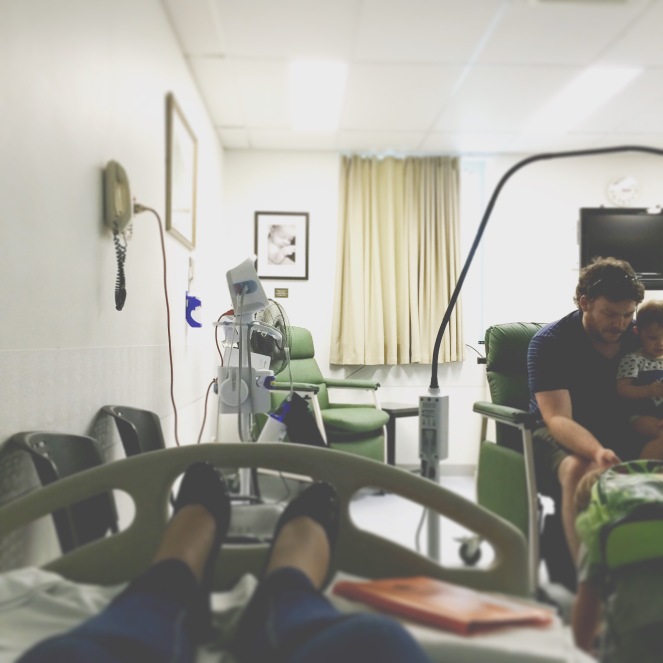 Since we got home he’s back to the usual rolling and punching motions. We stopped off for McDonald’s on the way home, and Ronan glugged down his juice box and then vomited once we got into the house (all over himself, the high chair, the floor, my feet….) which is just exactly what I wanted to deal with. Especially since my jeans were clean and I’d only been wearing them for about two hours….and then I went to put on a load of washing with all the vomit-y stuff and found a bunch of dirty bibs and tea towels going mouldy in the laundry. I knew I was a *little* behind on the washing….obviously the nesting instinct has completely worn off at this stage. I only clean when I’m bored.

Boredom is pretty much a constant companion at the moment. I’ve staved it off to some degree by doing things I won’t be able to do with a new baby – like getting a pedicure, putting on makeup, shaving my legs, etc – but there’s only so many things you can do in a day. And I don’t have the energy to start any big projects, like painting or gardening, and I particularly don’t want half-finished painting projects hanging around the house for the next six months. I’ve sorted all the baby stuff we need and checked that we can fit the capsule into the back seat of our car. Hospital bags packed. Because having a well organised hospital bag results in an easier labour.*

My favourite skincare products and regular shampoo is stocked up and my bathroom cabinet overflowing with packs of maternity pads. So much glamour to look forward to!

I’ve even spent some time critiquing a novel draft for a friend of mine, and working on rewriting my own draft to send to her. I think I’ve written more over the last few weeks than I have in a year! That’s what a deadline does for you. Though now that the deadline(s) have passed I’m entering a new phase of late pregnancy: the “Well I Haven’t Given Birth Yet So I’ll Just Be Pregnant Forever” phase. It’s kind of making things easier, because I’m no longer twiddling my thumbs waiting at home for labour to start. I’m just ignoring that part and concentrating on something else every day. We’ve gone out a LOT this week for no reason :p

I’m also not feeling at all bad about being lazy or self-indulgent. I usually feel at least a little bit bad, but not right now. I’m totally comfortable pouring chocolate milk over ice cream and topping it off with Milo while binge watching House MD until 1am and then rolling out of bed at 12pm the next morning/day. {Husband is on holidays from uni and only works part time so he watches the kids for me in the morning.}

Although we’ve almost reached the end of Season 8 of House, and then what am I supposed to do?!

Also, I get up at 12pm and have a nap three hours later. #noshamewhatsoever

Currently craving….orange juice and the usual lemon slices in my water. And crushed ice and mint leaves. I sent husband out one night around 12 to buy orange juice because I knew I wouldn’t be able to sleep if I didn’t get any :p

Eating: not very much. I’m just bored of food in general. We’ve all been at home together lately and tend to just snack all day long. Fruit toast and cream cheese is looking good, though.

Excited: To be not pregnant! The longest it can be is another week…

Over it: Waiting. And dealing with the heat. And not having any clothes that fit anymore. Pj shorts and tank tops 4 lyfe at the moment.

Loving: The fact that I’m still quite comfortable, even this far along. No back or hip pain, just a bit of discomfort in my pelvic joints over the last week or so (you know that feeling like everything’s about to fall apart?). I’m even able to sleep normally, without needing extra pillows or cushions, which is very rare this far along!! So I’m very grateful that I’m feeling okay and have been for most of the pregnancy. It could be a lot worse ❤️